Hong Kong and Singapore, Asia’s two global finance hubs are eager to attract foreign capital and style themselves as cosmopolitan gateways to the world. The latest edition of the Global Financial Centres Index in March 2022 ranked Hong Kong third among global financial centres, behind New York and London, while Singapore is ranked 6th.

The COVID-19 epidemic, Russia-Ukraine conflict have brought uncertainty to Hong Kong's financial markets and have exposed Hong Kong's status as an international financial centre to some risks and challenges. As a result, there has been a lot of public opinion recently worrying that Singapore will take over Hong Kong's position as a financial centre.

Deloitte reported in a recent release that Hong Kong's stock and foreign exchange market were both heading in a good direction. In June 23, the Hang Seng Index rose over 1% and the Hang Seng Technology Index rose over 2%. Southbound funds bought a net $1.872 billion, with a net inflow of $3.441 billion. Meanwhile, new stocks in Hong Kong will be listed or slowed down this year, and the return of Chinese stocks to the market is most likely to be a big windfall. Deloitte expects that in 2022, there will be about 70 new stocks in Hong Kong raising HK$160 to 180 billion. Therefore, the return of Chinese stocks will be the theme, with technology, media and telecommunications, healthcare and pharmaceuticals, and environmental, sustainability and governance companies being the highlights. The vitality of Hong Kong's financial market is expected to be further released.

Will Fed rate hike have an impact on Hong Kong？

The Federal Reserve on Wednesday launched its biggest broadside yet against inflation, raising benchmark interest rates three-quarters of a percentage point in a move that equates to the most aggressive hike since 1994. The benchmark fund interest rate level has been moved to the 1.5% -1.75% range, reach the highest level since before the COVID-19 pandemic began in March 2020.

In terms of countermeasures, Chan Pui Leung said in an interview with the CRA that while there will always be competition between Hong Kong and Singapore on the financial front, he has always maintained confidence in Hong Kong and its status as a financial centre.

First, Hong Kong has the unique competitive advantage of its growing economic and trade ties with the Mainland. Data show that Mainland China's foreign direct investment (FDI) inflow and outflow dependency index to Hong Kong is 62.64% and Hong Kong's FDI dependency index to Mainland China is 54.87%, indicating a high interdependence index between Hong Kong and the Mainland. Financial interoperability provides a strong layer of protection for the Hong Kong market against external shocks.

Secondly, as a major platform for Mainland enterprises to go global and for international enterprises to enter Mainland China, Hong Kong has enhanced its attractiveness to foreign capital. In the future, the SAR Government should leverage on its special positioning of "leverage on the Mainland and facing the world" to plan the development of Hong Kong's financial sector from a broader perspective, and further strengthen Hong Kong's financial positioning in the Guangdong-Hong Kong-Macao Greater Bay Area, so that it can better serve the national development strategy and enable Hong Kong to have greater international influence in the financial sector. 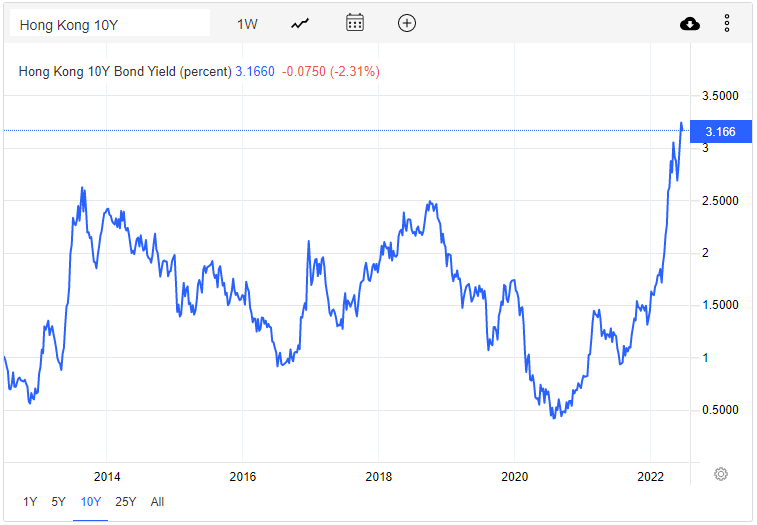 As the world's largest offshore RMB market, the fifth largest stock market and foreign exchange trading centre, the third largest bond market in Asia, and the largest fund management and private wealth management centre in Asia, Hong Kong's strong performance in the financial sector stems from its unique competitive advantage as an international financial centre, supported by the strength of the Mainland economy.

Hong Kong itself has been the world's freest economy for 26 years running. There is complete freedom of movement of capital within legal limits. This freedom makes Hong Kong a regional and global stopover and transit point for capital, connecting a wide range of economic and financial interests in different countries and regions, an advantage greatly enhanced by Hong Kong's free port and low-tax policies. The common law system adopted by Hong Kong is also a unique competitive advantage. Investors from other parts of Asia are willing to use Hong Kong as a springboard for financial dealings with common law jurisdictions such as the UK and the US. At the same time, Hong Kong is "seamlessly integrated" with other financial centres such as London, New York and Singapore in terms of financial infrastructure, market systems and legal systems, a dual positioning that other international financial centres do not have.

Hong Kong has its own dual advantages with the mainland

With the Mainland at its back, Hong Kong is connected to the world's second largest economy and the world's largest banking sector, second largest bond market, second largest stock market and Asia's largest wealth management market where capital controls still exist. In terms of global fintech financing, differentiated by country and geography, the US accounted for 47% in 2018. Europe came mainly from the UK, with a 19% share. Asia Pacific came mainly from the Mainland with 16%. However, Singapore and Hong Kong accounted for only 0.3% and 0.2% of global financing finance, respectively, during the same period. From a global perspective, both places are still in their infancy and there is much room for future development. But with the Mainland at its back, Hong Kong is directly connected to a Mainland China with a high financing index.

As a platform for Mainland enterprises to connect to the international and domestic markets, Hong Kong enjoys government policy support, in addition to having the talent to understand the Mainland and the international arena. Firstly, it is important to further strengthen Hong Kong's role as a link between the Mainland and international financial markets, smooth the channels of internal and external interaction, and optimise the double-loop linking mechanism. Promote market and infrastructure connectivity, give full play to Hong Kong's leading edge in finance, and provide huge market space while driving synergistic regional financial development.

Singapore's talent growth continues to be strong. The authorities recently announced that total employment (excluding FDHs) increased by 42,000 to about 3.339 million in the first quarter of this year, with 2/3 of the growth driven by non-local residents. The Monetary Authority of Singapore (MAS) recently pointed out that more than 3,000 Singapore citizens are now senior financial professionals, and the number of citizens holding senior positions in the financial sector has increased by more than 80% from 2016.

In order to maintain the quality of overseas talent, the government has announced that it will raise the visa threshold from September this year, raising the lower income limit for employment passes from the existing S$4,500 to S$5,000, and from S$5,000 to S$5,500 for the financial services industry, and introducing a Complementarity Assessment Framework (COMPASS) for employers. The COMPASS (Complementarity Assessment Framework) was introduced for employers to hire overseas employment visa holders only if they meet the required score. Although this policy was originally intended to attract more and more talented overseas talent by raising the visa threshold, it has been a burden to some businesses in the context of the epidemic and the slightly sluggish economic conditions.

Although some US lawmakers have proposed measures to attract Hong Kong talent in the US Competition Act 2022, they are mainly aimed at highly skilled professionals in the STEM sector, and the provisions of the bill are likely to eventually be deleted, making it difficult to be too attractive to Hong Kong's financial talent. Hong Kong's dominance of Singapore in financial talent is likely not to change in the near term.

In addition, some commercial shortcomings in Singapore, such as taxation on certain types of remittances, withholding taxes in certain cases, are concerned by new companies planning to go to register in Singapore.

In the midst of the financial battle between Singapore and Hong Kong, there is clearly no possibility of Singapore replacing Hong Kong's position as a financial centre. It remains to be seen how effective the new policies introduced by Singapore for the financial sector will be.